WHAT ARE THEY BUILDING IN THERE?: ULTRAWAVE MULTIBAND PROCESSOR

​One of the ingredients for innovation is often reinvention.  This time around, Source Audio has revisited a concept originally conjured by guitarist, producer, and author Craig Anderton - we are talking about the concept of multiband processing. Back in 2006 Source Audio's Chief Scientist Bob Chidlaw took Anderton's idea and created a pedal called the Multiwave Distortion.  The original Multiwave Distortion split an incoming guitar signal into 10 separate frequency bands and distorted each one individually.  The 10 bands were then recombined and mixed to a single output.  The result was a rich distortion—often described as “chunky” and “thick" with loads of unique overtones and interplay.

Our mission now is to update the Multiwave Distortion for the One Series format.   Under the hood we are making notable changes.  The new Ultrawave Multiband Processor will feature individual control of each band's level and drive amount.  In addition the user will be able to select from a towering list of different band configurations.  We're also adding an advanced tremolo system with individual control of each band's tremolo depth, rate, start time, and LFO shape. Finally that Ultrawave has its own compressor, which can be placed before or after the drive circuits.

By the way, if you want to join the conversation on the development of this pedal, please head over to the Ultrawave thread on The Gear Page. We closely monitor everything that gets posted on this page, so feel free to ask us any questions you might have  or let us know of any features that you would like to see in this pedal. As always we are VERY interested in hearing the thoughts of as many musicians as possible during the development process. 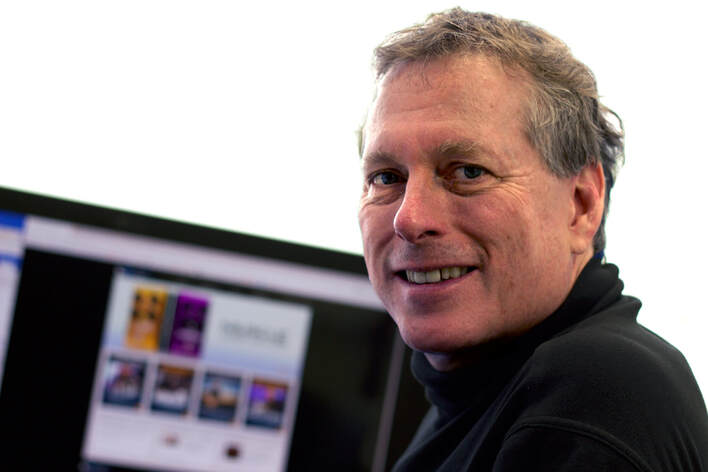 "Some of you may remember the Multiwave Distortion.  It was the first effects pedal we created that was not related to Hot Hand.  At the time, distortion modeling of analog stuff was not very far along, and we kind of liked the idea of doing something that was impossible with analog circuits.  The concept was to blend two different ideas into one pedal: multi-band distortion and “foldback” distortion.  The first is relatively simple.  Split the incoming signal into ten separate bands, distort each separately, and then recombine them.  The result not only sounds interesting, but it is possible to play complex chords through the distortion without things turning to mud.  Foldback is also very distinct.  In a typical dirt box the more you dig in the more things get clipped and mashed.  In foldback, things go in and out of clipping depending on the level (see diagrams in the white paper).  The resulting sound is very synth-like and some of the curves result in a very cool natural octave up.  When all of this was combined in a pedal, it was a distortion experience like no other.

Experimental folks like Reeves Gabrels, Adrian Belew, Jake Cinninger, Chuck Garvey, and Steven Wilson jumped on it.  For others, this fuzz from the future was a bit too different.  We then came out with a bass version, which was a big hit.  The original product came out in 2007.  Thirteen years ago.

A lot has changed since then.  Digital distortion is much more accepted.  Source Audio is now an established brand with thousands of users and fans.  With the advent of the Neuro Editors, easy preset sharing and products like the C4 Synth, the stage has been set to take the concepts from the Multiwave and give them a HUGE modern Source Audio update with all the things we know how to do these days.  So, this is the background on the UltraWave: The first comprehensive multiband processing platform in a pedal.  STRAP IN!!!" 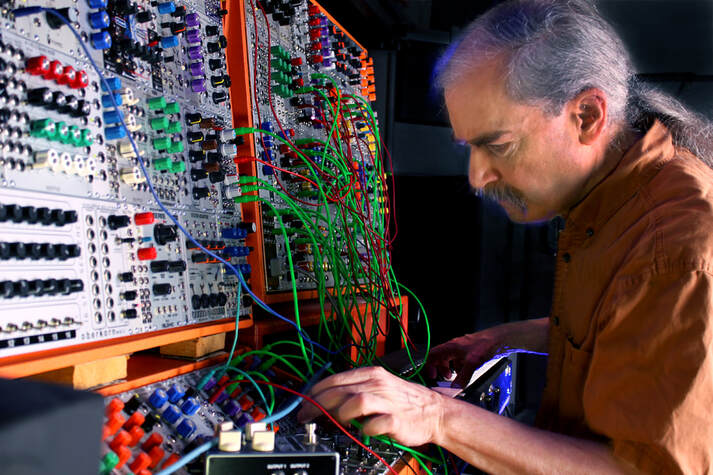 "There is a philosophy of product design that says the first thing you do is write the user manual so you know exactly what needs to be done.  There’s a lot to be said for that method, but it seems more suited to what I call “toaster development," where everyone knows what the product does and there is little room for any new ideas. We are not developing toasters (but it should be said that my toaster is more than 50 years old and for all I know there are fantastic new toasters out there doing unbelievable things.  In which case, please replace my “toaster” analogy with something better), what I want is to take the Ultrawave Multiband Processor in some surprising new directions.

All of our Ones Series pedals have stereo inputs and outputs, so we knew we would be going to stereo (perhaps better put as dual-channel).  Also the DSP chip we are currently using processes a lot more instructions than the old Multiwave DSP, so we can essentially do two side-by-side copies of the Multiwave's signal processing - that opens a great deal tonal options.
​
Also with the PC and phone editors, we can offer a lot more flexibility.  For example, the Guitar Multiwave had a compressor in it and we didn’t have enough controls to offer a compressor on-off switch.  But now both the guitar and bass versions of the Ultrawave can use the compressor, and in fact it can be put either ahead of the distortion, or after it.  Plus, we get a complete range of controls, including my favorite, Soft Knee Width, which I should probably explain.  A compressor has a mapping from the input level to the output level.  Below the threshold, the output rises at the same slope as the input.  Above threshold, the output slope is less steep, almost flat if a high ratio is used.  The transition between the two slopes can be an abrupt corner, or it can be gently rounded over a certain range around the threshold.  That range is the Soft Knee Width.

And here is my latest discovery, put the guitar through a 1 kHz high pass filter, and then into a highly non-linear foldback distortion mapping, and the result is something like the buzzyness of a sitar attack.  Combine with the other channel doing something more normal and you've got quite an interesting sound.  At this point, we have to start figuring out how to protect the users from the endless options; we have some ideas on that subject.

That’s enough for now - I'll check back in a week and give you another update."

Of course the Ultrawave Multiband Processor is going to be compatible with our Neuro Desktop and Mobile Editor.  We've currently got a working version of the Neuro Editor that we're working with internally. It's not certain that all of the controls included in the image below will be in the Sound Editor or that there might be some additional controls, but we're definitely getting close to the final version.  If you have any questions please feel free to head over to our Ultrawave thread on The Gear Page and let us know what you think and what kind of features you would like to see in our new pedal. Thanks!! 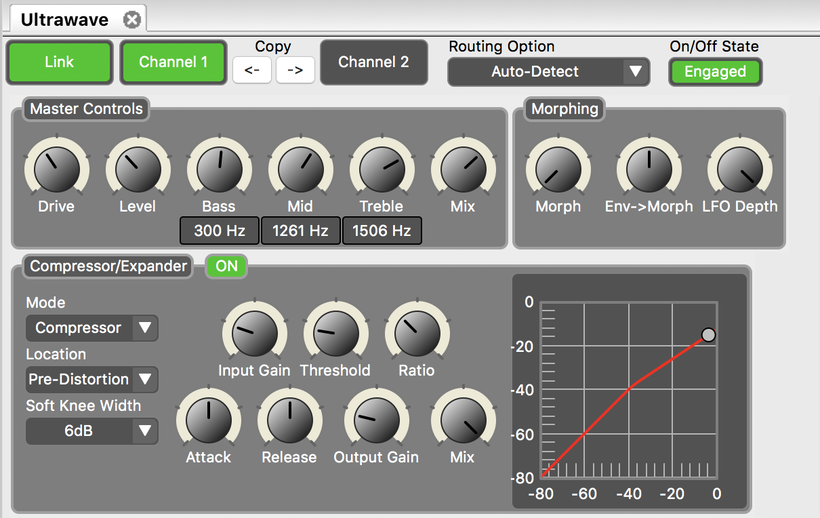 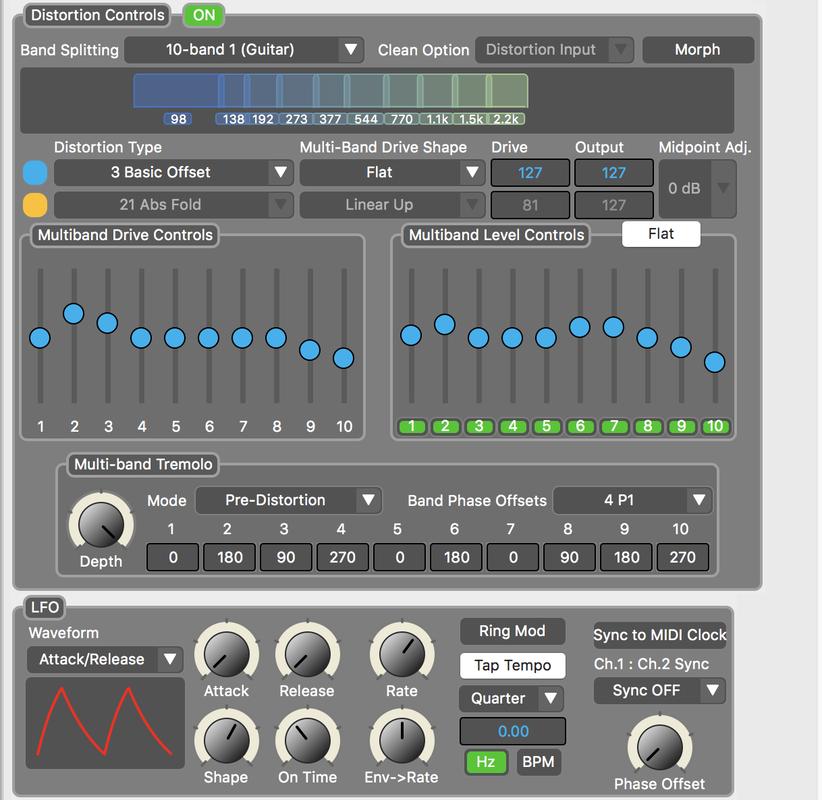 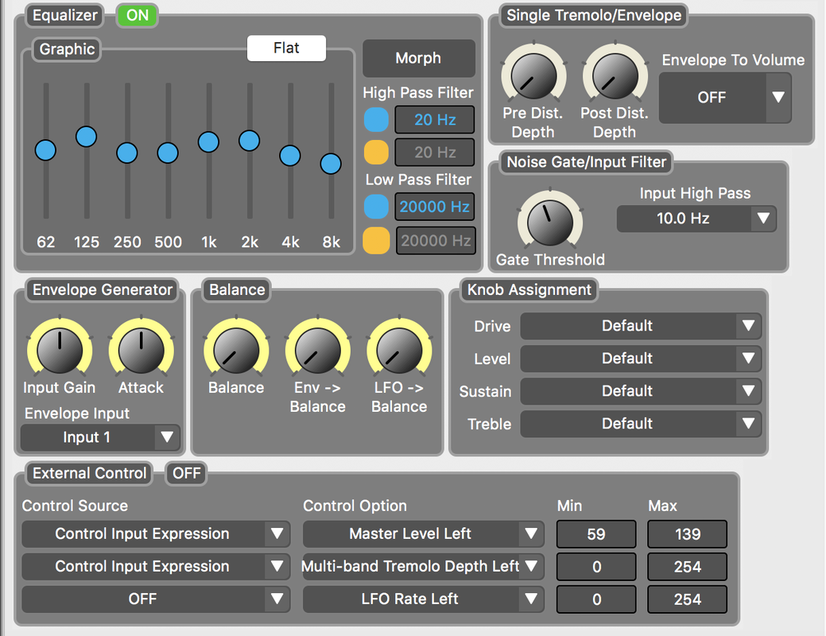 Of course the Ultrawave maintains all the  unique flavors of multiband overdrive and fuzz originally developed for the Soundblox Multiwave Distortion pedals, but with this pedal Bob also explores the potential of multiband tremolo, LFO wave shaping, and ring modulation.

Multiband Tremolo: The Ultrawave has the potential to run ten independent tremolos, each running on its own frequency band. You can then adjust the starting point of each frequency's tremolo cycle so that different frequencies peak at different points. The end result is a very cool sequencer or arpeggiator style effect. We are particularly excited to hear the sounds that Ultrawave owners create with this unique tool. Click the arrow on the right side of the Santa photo to hear and example of multiband tremolo.

LFO Wave Shaping:  Take total control of the LFO (Low Frequency Oscillator) wave shape with the Ultrawave's Attack/Release option. This module adjusts how quickly the tremolo rises and falls. There is also a On Time control that adjusts the width of each tremolo peak. Click the arrow on the right side of the Drone photo twice to hear how the Attack/Release alters the character of a tremolo effect.

Ring Modulation: This effect definitely does not fall into the "always on" category, but when the time is right, there is nothing quite like a ring modulator. Basically what a ring modulator does is crank up the speed of an LFO so high that it starts to generate a tone of its own. When you mix that tone with your dry guitar signal things can get quite wild. Assign the rate of the ring modulator to an expression pedal and we're talking serious chaos. Click the arrow to the right of the Drone photo to hear the ring modulator in action.

Foldback Distortion: What Is It????

Foldback Distortion - one of the more gnarly sounds found in the original Multiwave - will make its return with the Ultrawave Multiband Processor. Foldback is a type of distortion whose origins reside in the world of analog modular synthesizers. Being a modular synth enthusiast himself, Source Audio's Chief Scientist Bob Chidlaw set out to optimize the foldback approach for guitar and bass players. It shouldn't come as a surprise that this futuristic fuzz machine actually sounds very synth-like, with its odd envelope filter type response to varying input levels.

Bob described foldback distortion in a white paper as, "The shape of the distortion mapping curve is different from standard distortions. Normally, as the input signal voltage rises, the output voltage also rises, but begins to level off and finally pins (or clips) at a maximum value. With a foldback curve, for large enough values of the input, the output will begin to decrease. With more extreme amounts of foldback, after decreasing for a while, the output can begin to increase again. Maximum foldback has many regions where the output alternates between increasing and decreasing. These kinds of curves add a lot of high frequency content to the output. It also can provide a lot of control over the sound, based on the level of the input signal. With foldback, chords containing only octaves and fifths tend to sound best. Other intervals can cause some strange, although not necessarily undesirable sounds."

Below are some sound samples of the Multiwave and its Foldback Distortion:

Best Pedals of the 21st Century?!?

We need to thank our old friend Josh Scott of JHS and Matthew Farrow of Alexander Pedals and Disaster Area Engineering for including the Multiwave Distortion is JHS' "Best Pedals of the 21st Century" video. In this video Josh rips into the Multiwave's super aggressive Foldback #9 engine. Listen to how those sustained notes catch fire and start to BURN!

This is not the first time we've pulled back the curtain on the Laboratory of Sound. Check out our "What Are They Building In There?" page for the C4 Synth.